How to travel when you're a wheelchair user

In writing about travellers with disabilities, I've been cautioned by experts that every person's situation is different, which means there is no standard solution that will work for everyone.

Each person must determine a course of action in consultation with a travel partner and, often, a doctor.

That said, let's start with one basic issue, brought to my attention by David Horn, a certified access specialist in California: Not all commercial airliners are created equal when it comes to access.

Most commercial aircraft come in two configurations: single aisle and double aisle. The single-aisle planes may be more familiar to many of us: the Boeing 737-300, for instance, which makes up part of Southwest's fleet, and the A320, which Virgin America and Delta, among others, fly. That's usually a three-seats-aisle-three-seats configuration. A twin-aisle aircraft (a 747 or an A380, for instance) often has two seats, aisle, four seats, aisle, two seats.

A double-aisle aircraft generally has a larger restroom. Before you book your flight, try to find out what kind of aircraft usually flies that route, but keep in mind that equipment changes can happen, upsetting the best-laid plans. (An excellent source of information about airlines and their fleets is seatguru.com.)

No airplane restroom, generally, will be large enough to accommodate a standard-size wheelchair; people who use wheelchairs generally are seated on the plane with the help of an aisle chair, which is narrow enough to navigate the corridor that separates the rows.

The aisle chair should be kept onboard because a restroom break will require its use. Despite being larger, the restroom on a double-aisle aircraft will still be tight, especially if a travel partner or a travel attendant is squeezed in. And it may not be terribly private either.

Some travellers with disabilities find it is easier to avoid the restroom altogether. "I have never used a restroom on a flight," said Cory Lee, who uses a wheelchair and writes about his travel experiences at CurbFreeWithCoryLee.com. "It's small and so difficult to transfer (to the toilet) because I do require assistance."

Holding one's bladder may not be difficult on a one-hour flight, perhaps, but Lee has travelled from Atlanta to Australia and still managed to avoid the restroom. How? He stopped his fluid intake. (Note to travellers: Because airline travel is dehydrating, consult your doctor before doing this.)

Yomi Wrong, a friend of more than 20 years who works in disability access compliance for a health care foundation and uses a wheelchair, has a strategy for long flights. Like Lee, she cuts off fluids and tries to avoid using the aircraft restroom.

When she gets to the gate, she asks when preboarding will take place. About 15 minutes before the appointed hour, she uses the airport restroom one last time. Because she has allergies, she often takes medication, which makes her drowsy; sleeping, she said, can prove an excellent distraction. And years of encountering limited facilities - on the ground as well as in the air - have developed her ability to master mind over matter.

As you're planning for your flight, remember that you probably will be the first one on the plane and the last one off, so figure all of that into your timetable.

Some fliers have told me they wear adult-size disposable underwear, and some choose to use a catheter. The latter comes with its own complications, depending on the type used. Check with your doctor to discuss specific needs, which will vary depending on the condition of the flier and, of course, gender, among other factors.

Two important pieces of advice from travellers: One is to read up on what airlines must do to assist you and what they do not have to do (but some do anyway), whether that's help to the restroom or finding seats together. Air New Zealand's website details their services for travellers in wheelchairs, for example.

The second piece of wisdom comes from Lee, whom I interviewed and then met at the recent Abilities Expo in Los Angeles: If he's worried about all the complications of flying or if he encounters problems, he said, "I try to remember what's waiting on the other end at a destination and it makes it all seem worth it. Embrace the unexpected. Whatever happens, there's always a solution."

If that sounds starry-eyed, consider that Lee, at 25, has taken more than 50 flights and travels internationally once or twice a year. Travel, he said, opens the world to him. He works hard to make it happen, but like any traveller with the bug, he will not be denied. 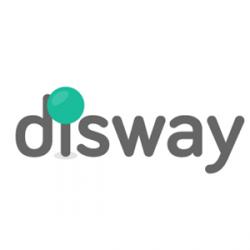