The season of castles and chateaux begins...

Hrádek u Nechanic is an impressive neo-Gothic castle of the Harrach family in the Hradec Králové region. It was built in 1839-1854. Today it is owned by the state. 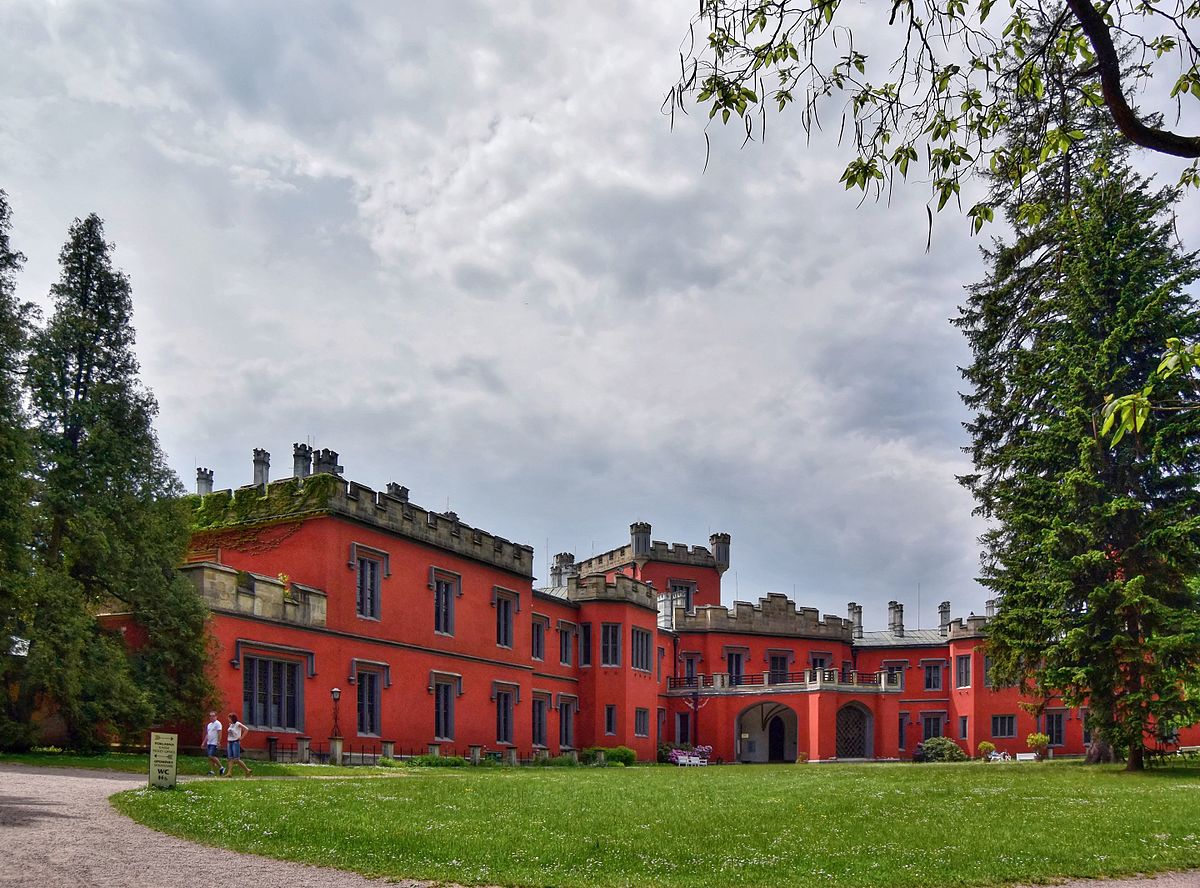 The châteaux of the Loire Valley

You must have heard the term " Castles of the Loire Valley" before. Along the longest French Loire River, there are 120 Gothic and Renaissance castles located between Orleans and Angers.

The largest of them is the Chateau Chambord. This residence was an idea by Francis I Not only as a residence for the hunting season, but also a symbol of power.

Only ground floor is accessible for people with disabilities. There is a ticked office, but disabled people have free admission. Here you will find an interesting room where they ushered visitors and beautifully decorated carriages are displayed in other room.

Above all, pay attention to the massive staircase, which supposedly designed by the famous Leonardo da Vinci. The interesting fact is that the one, who goes up does not meet the one who goes down.

Its large gardens are easily accessible. The surface is either paved or you ca go on the wide paths.

Although Chambord is one of many others, it is definitely one of the most impressive… 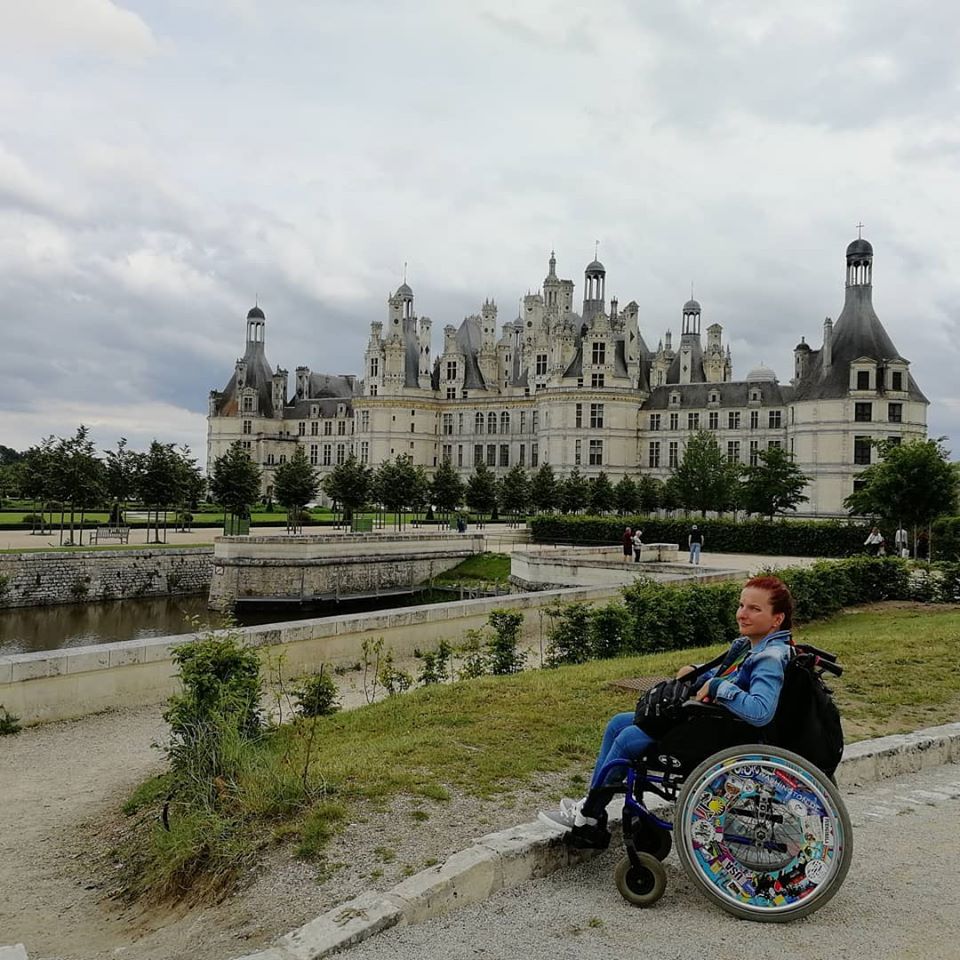 The fairytale castle of Vianden enchants everyone.

The very foundations of the building dates back to Romanesque times. The Counts of Vianden have been mentioned since the 11th century. Thanks to inheritance, the castle later came into the hands of the Orange-Nassau dynasty. King Willem I then sold it to Wenceslas Coster. The man sold what he could inside the castle. Though it then returned to the Grand Ducal family, only the collections and admission provided the necessary money.

Today Vianden looks beautiful again; as back in 13th century, when the castle and the whole town was in its heyday. The famous Victor Hugo also took refuge in the city for a few months.

In the 19th century, and especially later in the 1970s, the castle underwent extensive reconstruction. In a complex of several buildings you will see Romanesque, Renaissance and Gothic elements of architecture.

You can park near the castle, where they have two places for disabled (on the sides of a private garage). In the ticket office at the castle we paid reduced admission. A relatively steep hill led to it, but it could be managed. There were a few cars up there, but under the hill there was a no entry sign that we dared not break.

The courtyard and visitor center are accessible for the wheelchair. You can see the history of the castle there and buy a souvenir in the store. You can also get something to eat at the restaurant. The castle is otherwise unfortunately full of barriers. 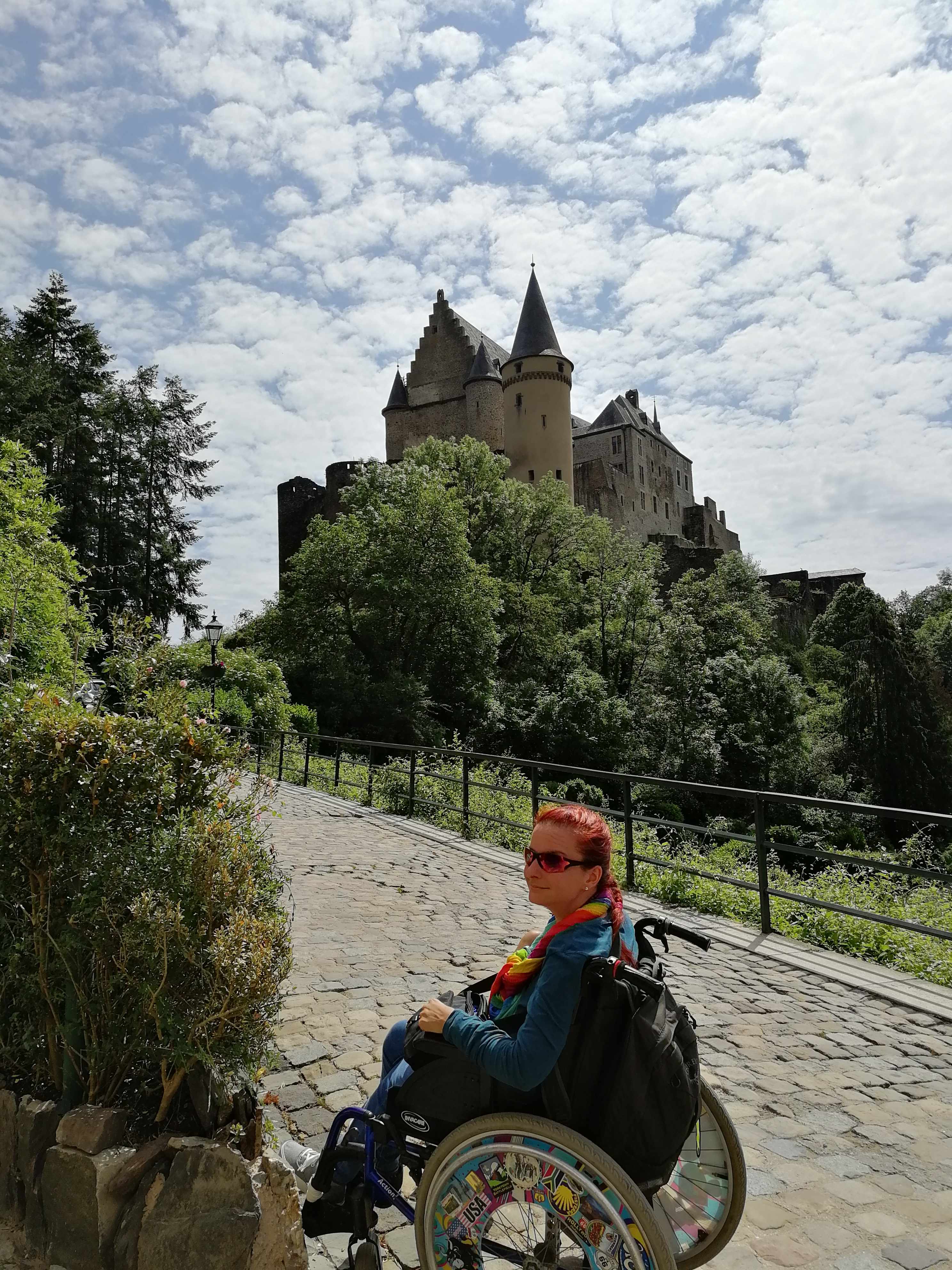 Vianden Castle is definitely worth a visit, even if you only take a selfie with this fairy tale castle.